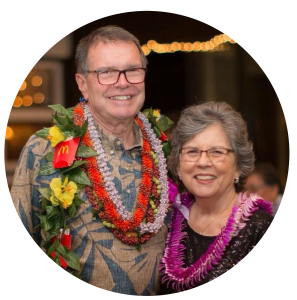 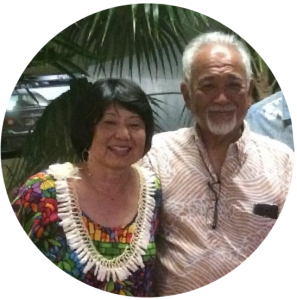 Founding pastors Ralph and Ruby Moore, along with Aaron and Stephanie Suzuki, came to Hawai’i in 1983 to plant a church out of Hope Chapel Hermosa Beach in California. What began under a coconut tree in Kailua Beach Park with just twelve people eventually became a movement numbering 2800 churches across the globe. Ralph handed over the leadership of Hope Chapel Kaneohe Bay to his son Carl in 2012 and started Hope Chapel Honolulu at the Kahala Theatres in 2013. On November 12, 2017, Ralph and Ruby passed the baton of leadership to Pastor C and his wife, Lisa. Officially retired and residing in San Diego, Ralph and Ruby minister in partnership with Exponential (www.exponential.org).